Music is mood, and music is life. So, it makes perfect sense that tracks about the fall season bring a particular type of ambiance to any occasion.

For many, fall is about genuine reflection, recapturing the magic of first kisses, giving thanks, football games, and a few tricks and treats here and there in October.

That’s why fall music is so diverse and inclusive because all of us get a sense of renewal and hope during this time of year, whether it’s going back to school or getting an early start on holiday shopping.

Still, with so many great songs out there, what is the absolute best fall music out there?

Part history lesson and part playlist, here are the classic fall tracks we’ve compiled, broken down by genre to add a little something for everyone, including younger generations too.

No matter how you look at it, fall and jazz go hand-in-hand. The easy-going rhythms and slow tempos make jazz fit nicely into the feel of the fall season.

Maybe it’s the lo-fi vocals, or perhaps it’s the orchestral instrumentation that reminds us of fall? Listen to these classic jazz tracks and give them some thought for yourself.

“Autumn in New York” by Ella Fitzgerald and Louis Armstrong

If you’ve never heard this song, you’re in for a treat because no one does slow jazz like Ella and Louis, for those hip enough to use their first names, that is.

“In a Sentimental Mood” by Duke Ellington

As we led off the article, music is mood, so give this track a spin to get in that sentimental fall feeling. Duke Ellington’s “In a Sentimental Mood” captures that sense beautifully, and get ready to sway back and forth during your first listen.

“One September Day” by Nina Simone

Nina Simone is arguably the most underrated female vocalist of her day. Ella (we’re hip, remember?) and Billie Holiday have had their day; it’s Nina’s time now.

“September in the Rain” by Dinah Washington

Yet another incredibly under-rated vocalist of the early 20th century, Dinah Washington’s voice gets stuck in your head just as quickly as other jazz icons. “September in the Rain” is merely one of many of Dinah’s soul-searching tracks.

“I’ve Got Plenty to be Thankful for” by Bing Crosby

Lastly, in the jazz genre, we come to Bing Crosby’s “I’ve Got Plenty to be Thankful For,” one of the best songs about Thanksgiving ever composed in the 20th century.

Is jazz not doing it for you? Well, that’s fine because everyone has different tastes in music, especially when it comes to more popular genres like rock and alternative.

But that doesn’t mean rock n’ roll artists haven’t already covered what the fall season means to them, so here’s a selection of songs to rock out.

Ed Sheeran’s voice is unmistakable, and his track “Autumn Leaves” will definitely get you into the fall mood. The song is soft and meaningful. It is a love letter to those we have lost.

Do you need an 80’s power ballad in your life? What Gen-X music fans don’t! If you’ve never listened to “November Rain” by Guns N’ Roses, get your lighters ready to hold in the air because you’ll get the vibe after the first few bars or so.

“Sweater Weather” by The Neighbourhood

A more modern addition to our semi-official fall playlist, “Sweater Weather” by The Neighbourhood, may appeal to younger audiences. Still, you can’t deny the musicality in this track or its connection with the fall season. After all, the song is literally about when it gets cold, and you need that special someone nearby.

“Seasons of Wither” by Aerosmith

Not to be outdone by rivals Guns N’ Roses, Aerosmith released this track a while ago, and it still gives many music lovers chills like no other. Is there any other way to judge an 80’s power ballad? We don’t think so!

Going way back to the mid 20th century, Creedence Clearwater Revival’s “Bad Moon Rising” had to make our list. Listen carefully to the lyrics and see if you can hear the fall connection. If not, ask any old rock n roll fan, and they’ll sing the whole song for you.

Now, we come to the country music genre, and if there’s a class of music more suited to fall, we haven’t heard it yet. Many of the most popular fall-inspired songs hearken back to a simpler time when the harvest represented a spirit of renewal and hope for the winter.

“The Boys of Fall” by Kenny Chesney

Is there anything more fall-like than playing football? Kenny Chesney apparently doesn’t think so! This country music icon even felt he had to make a song about it.

Often, fall songs are about the month of September,  and it makes perfect sense. Check out “September” by Corb Lund and listen for the subtle references to the season.

Has Luke Bryant ever made a bad song? If so, “Harvest Time” sure isn’t one of them! A more modern take on the genre, this track is worth listening to during a fall sunset with that special someone.

Not every track about fall praises the season, and “A Little More Summer Time” is a great example. Renewal and hope may work for many, but what if the summer was so fantastic you won’t want it to end?

Whether you call the songs rhythm & blues or soul music, these artists from the 1970s onward wrote some of the most iconic tracks in the history of American music.

“Easy” by The Commodores

Rebooted by Lionel Richie in the ’80s (nice try, Lionel!), “Easy” was actually written by The Commodores well before Lionel put a glam-pop spin on the track. Wake up early on a Sunday, sip a cup of coffee, and watch the sunrise while listening to “Easy” to ring in the season.

There’s no introduction required here. If there’s a happier, more joyous song written about the fall, we’ve never heard it.

“I’ll Make Love to You” by Boyz II Men

If you and that special someone are looking to recapture the spark this fall, “I’ll Make Love to You” by Boyz II Men suits the mood perfectly. While technically not about fall, there’s definitely a fall feeling in this track.

“If This World Were Mine” by Marvin Gaye & Tammi Terrell

Continuing with the theme of recapturing true love, Marvin Gaye and Tami Terrell’s little-known class “If This World Were Mine” is yet another R&B classic that many young people may have never heard before. If not, it’s time for a soul music history lesson.

Who said hip-hop and modern beats couldn’t be about the fall too? While you may not consider this genre a red herring, here are the songs that would go great for a Halloween dance party.

“November Has Come” by The Gorillaz

A slow, lazy walk down the street, the beats, and rhythms in “November Has Come” by The Gorillaz complement the season well. As one of the more subtle selections on this list, this song makes an excellent ambiance for an October gathering with friends.

This lesser-known recording by Amy Winehouse never received its due before the artist passed away. As such, a Winehouse cult following has emerged over the years, and “October Song” is arguably the best Winehouse track aside from her smash hit “Rehab.”

Whatever happened to narrative hip-hop and rap lyrics? They may not be as popular today as they once were, but DJ Jazzy Jeff & The Fresh Prince’s beat “A Nightmare on My Street” is another Halloween-inspired track to include in your playlist.

“Somebody’s Watching Me” by Rockwell

No, this song wasn’t written by Michael Jackson since he’s only the featured artist. But any Halloween get-together that doesn’t play this track just isn’t doing it right.

“Killing Me Softly” by The Fugees

Another well-done remake that many confuse with the original release, “Killing Me Softly” by the Fugees, essentially propelled Lauryn Hill to the top of the mountain in the 90s and 2000s. Once again, we come across a track with a fall mood that you may not have ever considered in your playlist.

We hope you enjoyed our picks for the best fall music.

Learn About Budgeting with the CashFurther Community 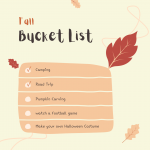 Top 10 Things To Do in October on a Budget 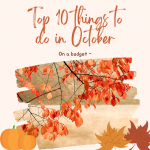 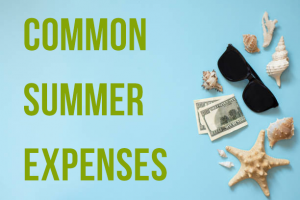 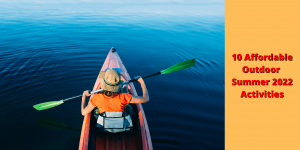 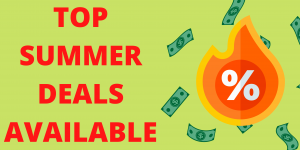